Trademarks 101: The Benefits of Registering with USPTO

Trademarks are critical to a company’s brand. Explore some of the benefits of registering your unique brand identity with the USPTO.

According to the United States Patent and Trademark Office (USPTO), a trademark is “a word, phrase, symbol, and/or design that identifies and distinguishes the source of the goods of one party from those of others.” Similarly, a service mark is a mark that distinguishes the source of a service. Although, the word “trademark” typically refers to both trademarks and service marks.  Examples of trademarks include logos, brand names, taglines slogans.

Trademarks are often incorrectly confused with patents or copyrights. While the latter protect the substantive matter of a business or idea, trademarks protect its identity and brand.  Among other differences, trademark rights are derived from the actual use of the mark and do not expire once registered.

While registration of a trademark is not mandatory (since you can establish the right to use a mark based on prior use of the mark in commerce) and the general rule is whomever first utilizes a mark in business ultimately has the right to use such mark, there are many advantages to federally registering a trademark.

Registration of a trademark provides a business owner with official documentation and notice to the public of a claim of ownership of the mark.

While there are common law ways to establish a trademark through the actual use of a mark without federally registering, U.S. registration provides a presumption of ownership throughout the country and the exclusive right to use such mark in association with a particular good or service.

Given that a business’ brand (usually represented by its mark) often translates to a tangible ownership interest held by its owners that is saleable and assignable, federal registration of such mark can be very important to a company’s success and worth.

After registration, a trademark appears on the USPTO’s trademark database and can easily be found by anyone searching for a similar mark.

However, business owners can deter others from using a mark by simply adding a notation after the mark.

While states also provide trademark registration, any protection offered applies only within that state.

Failing to federally register a trademark can potentially pose the problem of other companies in different states using similar marks, thereby causing a conflict of use.

Federally registering a trademark can also help with international trademark issues. For example, when filed with U.S. Customs, it prevents the import of goods into the United States that may be attempting to infringe on a U.S. registered brand.

So, while registration cannot prohibit the production of such goods overseas, per se, it prevents them from being imported and sold locally. Additionally, a U.S. registration can also be used as a basis to obtain registration in other countries when a brand grows internationally.

While trademark registration serves to limit duplicate usage, there may be occasions in which a business owner is forced to bring an action to prohibit another from using a similar mark.

A federally registered trademark provides significant protection and may even entitle a company to treble damages if a mark is easily identifiable and there is a loss of business due to the violation of a trademark.

Looking for help with your questions about trademarks? Give us a call today to speak to one of our associates about your trademark goals. 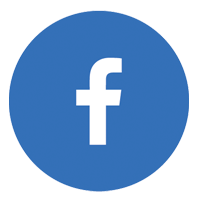 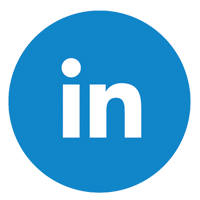